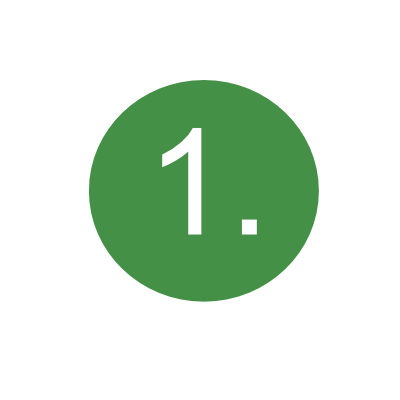 His Grace Muhammad was born on the 17th month of Rabbi al-Awwal in the year when the event "ashab-e fil" occurred and the army of Abarhe was destroyed. His father Abdullah died before his birth, and his grandfather, Abd-al-Mutallib, took over the upbringing of his lordship. At the age of six, his mother Amene died and in the eighth year of his life he lost his guardian Abd al-Mutallib and after that his paternal uncle Abu Talib took responsibility for his upbringing and life. At the age of twenty-five, he married Khadija. He lived honestly and faithfully among his people for forty years. Everyone called him Muhammad Amin (amin means "a man devoted to the pledge" - trans.) and trusted him to the extent that social events and conflicts were not resolved without his opinion. During all this time, he devoted all his time to the worship of God and the service of the people. Every year, for some time, he retired from everyone in the cave of Hara, prayed and praised the greatness of the Lord.

The emir of the faithful Ali in "Nahjul Balaga" commands: "The Lord sent to him one of his best angels, who was constantly with him and instructed him on the best deeds and morals."

At the age of forty, he was chosen by the Lord to carry out a prophetic mission. The first of the men to accept his faith was Ali, and the first of the women was his wife Khadija, and for some time only these two read a prayer along with his lordship the prophet.

In those days, Arabia was far from culture and civilization, and the only thing that was widespread was murder, robbery, bloody civil strife and debauchery. In those dark days and in those difficult conditions, the great prophet was busy calling people to God, and along the way he endured so many hardships that it is hard to even imagine.

For example, history shows that after the death of his lordship Abu Talib, the great prophet went to the city of Taef to call the population of the city to worship God. In Taef, the elders of the city did not accept his call and, moreover, insulted him. When the city rabble noticed that the elders did not receive him with respect, they stood in a row and began to throw stones at him, so much so that his lordship's hands and feet were bloody.

The prophet of the Lord, after leaving with a prophetic mission, lived for thirteen years in Mecca and then moved to Medina, where he laid the foundations of an Islamic state and spent the remaining ten years of his life in that city. All his thoughts and aspirations of this great man were aimed at the exaltation and progress of the people and familiarizing them with morality. He died in the tenth year of his migration to Medina at the age of sixty and was buried there.

Morals and mores of the great prophet

His Lordship was wiser, smarter, more patient and kind than all other people. He sat down on the ground and ate his dinner on the ground. He himself did some household chores, for example, sometimes he opened the door of the house, he milked the sheep himself. When the servant got tired of turning the threshing wheel, he helped her.

He never got angry because of worldly affairs and his anger was only related to divine matters. He warmly communicated with the poor stratum, did not shy away from eating with them, respected scientists and wise people.

In food and clothing he did not distinguish between himself and the servants. Never cursed. Do good in response to bad. He easily greeted everyone and everywhere remembered only Allah and started any business with His name. He usually sat facing the qibla. If someone needed his help, he immediately went and helped him. He was very respectful towards the guests, and sometimes he took off his upper cloak and laid it out for the guest.

One day a man was talking to him and trembling, that is, he was trembling from the greatness of his lordship. His lordship said: "Why are you afraid of me, I'm not a padishah, but the same servant of God as you are."

The population of Arabia did not attach any importance to the woman, and sometimes newborn girls were buried alive in the ground. In spite of this, the great prophet gave many instructions regarding women in order to save them from the miserable situation in which they were.

Among the Arabs of that time, wine-drinking, adultery, debauchery, gambling and other kinds of vicious deeds were widespread, but as a result of the tireless and selfless activity of the great prophet, these actions were put to an end. Persons deprived of everything, only thanks to faith in Allah and piety, have reached the point that they were able to save two great empires (Roman and Iranian) from the violence of despotic emperors and acquaint their peoples with the teachings of Islam.

In all the actions taken by the great prophet, the starting point was God and faith in Him, and he constantly advised people to do godly deeds.

In one of the battles, the great prophet was a little far from his army. One of the enemy warriors noticed him, sitting alone on the ground. He approached his lordship with a sword and said: - O Muhammad! Who in this position will save you from me?

The great prophet, with overflowing faith in God in his chest, exclaimed: God! As soon as the prophet said this, the warrior's hand trembled and the sword fell from his hands. The Prophet raised his sword and said: - Who can save you from me now? The warrior replied: - No one can save me, since I did not believe in your God to help me. And then he believed in Allah and confirmed the prophetic mission of Muhammad.

Yes, whoever believes in Allah, Allah will be his support and salvation in all incidents.