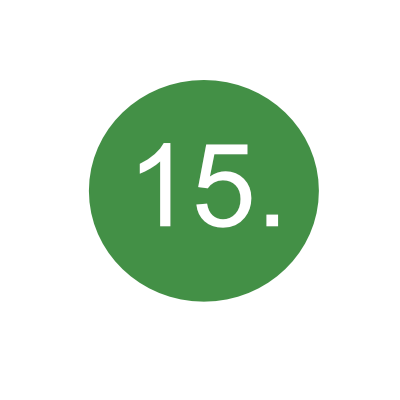 The second argument for the existence of the afterlife

The Lord God in whom we believe is wise and all-knowing. His actions are based on wisdom and from the creation of this world, the creation of man and endowing him with the power of the mind and the sending down of great prophets, He pursued a certain goal.

What was the purpose of Allah from the creation of a person who in this mortal world spent several years of life in accordance with his wishes, ate several thousand kilograms of food, drank several hundred thousand liters of water, and after some time of prosperity or enduring hardships, left this world and was buried underground?

And in fact, if the above can be the purpose of his creation, then it should be stated that his creation is completely meaningless, while the Creator of the worlds is wise and the performance of senseless and without a firm and established goal is unthinkable for Him.

So, if we think a little, we can understand that the goal from creation was not this limited life, man was created for a limitless and eternal life, which is all the same afterlife mentioned above.

The merciful Qur'an points to this argument and commands: "Did you think that We created you for fun and that you will not be returned to Us."

The afterlife is material

As can be seen from the Quranic verses, the afterlife and resurrection after death is material, that is, the human spirit will return to human flesh again and together they will be responsible for their deeds.

Once one of the opponents of Islam named Ubayd bin Khalaf brought with him a withered bone to the prophet of Islam and crushed it into powder in his hands and let it fly into the wind and then as a protest against the existence of the afterlife, as well as the impossibility of returning the scattered parts of the bone to their original form , said, "What power can revive these withered and powdered bones?"

The Almighty God ordered the great prophet to say in response: The same God who created these bones from clay and breathed life into them, can again gather the scattered parts together and revive them ”(Obaid ben Khalaf said:“ Who will revive the parts that have decayed? ” Say: "The one who created them the first time will revive them, and He is versed in all creation").

Results of Belief in the Afterlife

Faith in the afterlife makes a person adamant and stable in the performance of his duties, for he knows that no deed will be in vain and the Lord perfectly keeps track of all deeds and is just in his deeds, knows about everything visible and hidden, and therefore continues his deeds with hope and seeks to correct himself.

Faith in the day of the Resurrection portends eternal life to a person, and a person understands that he was created not only for this limited and short life, and after his death he will enter a new world, which is many times larger than this mortal world. He also knows that worldly life is a prologue to life in the other world. He knows that life in the next world will be the result of all his deeds, behaviors, morals. Soul moods. In other words, he will be able to harvest the seeds that he has sown. The merciful Quran on this occasion commands: "Whoever did the weight of a speck of good will see him, whoever did the weight of a speck of evil will see him" (Sura Zelzele, verse 7-8 - transl.).