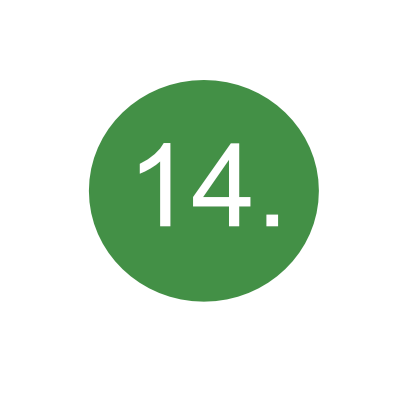 Maad or the afterlife means the resumption of life in order to receive a reward or retribution for deeds in worldly life. This principle, that is, belief in the day of Retribution, is the belief of the human race. The consequences of faith in it can be seen quite clearly among peoples with a history of many thousands of years.

Among the known world religions, the question of eternal life is considered one of the most fundamental principles, and no divine religion can exist as such, if faith in the day of Resurrection is not at the head of its principles.

The history of the existence of this belief among the peoples of the world may be evidence of its divine source. For, it is highly doubtful that such a faith with such a long and long historical past and such a vast scope could be born without relying on the spiritual gaze of a person. It is possible that every person at special moments can feel that his life does not stop with death and death is not the last link in the process of his improvement and he was not created for a short-term worldly life and enduring enormous hardships and misfortunes. On the contrary, this dark night heralds a clear morning, and death is a window into his eternal life. Thus, it should be stated that belief in an afterlife is a matter of spiritual faith and does not require arguments at all. At the same time, in order to give more explanation on this matter, we will give two arguments to prove the principle of the afterlife and the inevitability of the day of Resurrection.

The connection of justice and divine wisdom with the afterlife

The world in which we live, with its foundations, is based on justice and justice, and the creator of this world is a just judge who commands his slaves to live in this world in justice and avoid oppression and violence. Therefore, for the direction and orientation of people, in order to show people good and evil, the Lord sent immaculate prophets.

In relation to divine laws and the question of prophetic orientation, people can be divided into two groups:

1- A group of people who are unquestioningly obedient and do not deviate from the direct religious path and in the full sense of the word are cleansed of all sins and unworthy actions, or at least want to cleanse themselves of sins and vices.

2- A group of people who are completely mired in vices, atrocities and crimes, whose actions are such that it seems that the Lord and His messenger do not provide for them any program and they are not shown a direct divine path. They have no other goal in life than profit, satisfying their animal whims, planting oppression and violence among people, and in order to achieve their goal they are not suppressed by any crimes.

If we turn to history, we will notice that such and such a ruler, whose name in history is always accompanied by fear and excitement, declares: “I take pleasure in throwing the servants of God into the fire, I enjoy screams and groans, because the cries and groans of defenseless people, burning in fire and tormented by torture, are the best music."

This is one kind of person. In contrast to such people, there are those who say: "I swear by Allah that if they give me all the power on earth, I will never dare to offend even an ant."

Also, we ourselves know people who have no purpose other than committing baseness and crimes, and we also know those who deprive themselves of peace for the peace of other Muslims.

Can divine justice and justice allow these two groups of people to be the same?

Is the Lord, all-merciful and just, knowing about all the deeds of all his slaves, with one standard approaches all people?

Common sense dictates that these two groups are different from each other and each of them should receive a measure for their deeds.

The one who believed in God and did good deeds should receive good, and the one who did not believe in God and committed atrocities and baseness should answer in full for his deeds, should suffer full punishment.

Yes. the wisdom and justice of the Almighty God require that a clear boundary be established between a believer and a virtuous person, an atheist and a perpetrator of atrocities. There is no doubt that this differentiation in the world is not entirely clear, because we see with our own eyes that many unbelieving and evil people in this world live very well and in full contentment. In contrast to them, there are such virtuous and believing people who devote their lives to serving people and improving the well-being of the people, although they themselves live in difficult conditions of poverty, oppression and torment, and in the end leave this world in the same state.

Thus, the Lord's justice and justice require the presence of another world, where the virtues could receive rewards for their good deeds, and villains - retribution for their evil deeds.

And the named world is the Renaissance or the afterlife, which in all divine religions, in particular, in Islam, is presented as the basis and religious principle.