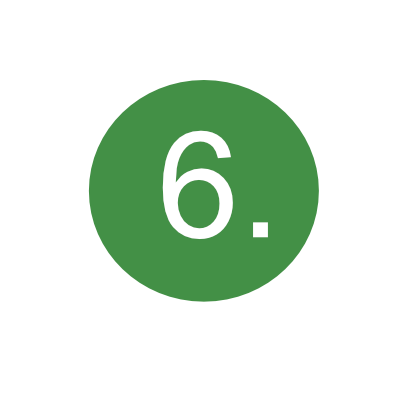 God is the only one and has no equal

We can prove the uniqueness of God in a variety of ways. But in this lesson we will limit ourselves to just two arguments.

The unity and inseparability of the world of being is a clear evidence of the uniqueness of the Creator of the worlds. Suppose you have a book of 500 pages in front of you and you have not read it yet. At this point, you don't know if this entire book is the product of the thought of one author, or if each chapter was written by a different writer. To understand this you must read the entire book. If you notice that the style, method of presentation and argumentation are unchanged, then you will not doubt that this entire work belongs to the pen of one author. For if this book were the work of two or more authors, then one way or another the book showed a lack of coordination.

This difference and discoordination, however small, insignificant and imperceptible to ordinary readers, is very clear to specialists, who can determine that this book was written by more than one writer. With this preface, we begin to study the world of Creation, which, according to scientists, is the "book of the Lord of the worlds" and turn to the opinion of specialists in all fields of science related to the world of Creation, to make sure that all the pages of this great book are coordinated and constitute harmony. If harmony and coordination are shown here, then this will be the most convincing argument for the uniqueness of its Creator. When we turn this question to specialists in these fields, who study all aspects and sides of this world, they all unanimously repeat about a single system and order that prevails throughout the world of Creation. They maintain that this world is based on a single scheme and its laws are so universal and harmonious that, when tested in relation to the smallest being, great laws can be known that apply to the whole world.

This harmony is confirmed by all scientists in the field of biology, physics, atomic physics and astronomy.

What harmony can be greater than the fact that the solar system and other planetary systems are subject to the same laws as the smallest atom. In particular, we know that the planets in their orbits move under the influence of gravity and centrifugal force.

An atom, hundreds of millions of which fit in a space of less than one millimeter, also obeys these two opposite laws (gravitational force and centrifugal force), and in accordance with this, electrons in an orbit of attraction move around protons.

If we transfer our view of the world of flora and fauna, to the world of people and animals, then here we will also encounter this harmony: the universal law of fertility, common among plants and animals, has a similarity, which led some scientists to the opinion that "all species , in fact, originate from the same species.

Can't you see in studying various speeches transferred to paper from a tape recorder that these speeches represent the power of the impact of the speech of one speaker? Undoubtedly, from the similarity of style, the construction of sentences, the phrases used, as well as the harmony of motivations, one can know the truth.

The World of Creation is also like a book with countless unnumbered pages, and every page and even every line has been and is being studied by thousands of scientists. They are all of the opinion that this whole book is subject to a universal and one law. For example, the law of causality prevails everywhere. The law of attraction rules throughout the world of matter. All atoms have a central nucleus. The law of light is equally spread everywhere. Isn't this unity and harmony in the book of Creation evidence that its Creator is one and only?

If the world had two creators, wouldn't their methods of government be different and different measures taken? One of the prominent and young students of Imam Sadiq (DBM) Hisham once asked his lordship "What is the argument for the uniqueness of God?" His Lordship responded with the above argument and briefly said: - The interconnectedness and harmony of the world of Creation, the perfection of all beings is evidence of the uniqueness of its Creator.

The Second Argument for the Oneness of God

The second argument for the uniqueness of God is that all the prophets sent by the Lord to instruct and orient people and by performing miracles and proving their prophetic mission with various arguments, they all called people to monotheism and worship of the only Lord. It is clear that if God were not alone, then each prophet called people to his god, who directed him to people. If we assume that there were gods who did not send prophets to instruct people. then this will be nonsense, for it is absolutely impossible that God should be so indifferent to the most worthy of beings (that is, man) and not send them a leader who would strive to direct them to happiness. Emir of the Faithful (DBM) in a sentence addressed to Imam Hussein (DBM) points to this truth: - O my son! Know that if there were another god besides the Lord God alone, then surely there would be prophets. If you see that all our prophets call to the one God, in itself is the best evidence that there is no deity except Allah, and if there were another god, then, undoubtedly, the results of power and might would appear, and in view of this that we cannot notice any other results, then rest assured that God is without equal.