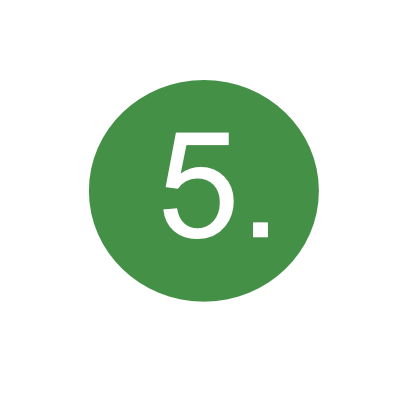 The third imam and the fifth immaculate - Imam Hussein

Hussein was born on the third Shaaban of the fourth year of the historical migration of the great Prophet. The great prophet, by the will of the Lord, called him Hussein and on the day of his birth foreshadowed his martyrdom for the faith and said that a group of atheists and tyrants from the Omaye clan would kill him and the Lord would not bring my intercession to them.

Imam Hussein lived for forty-six years with his father and mother and brother Imam Hasan, and at the age of forty-seven, after the death of his brother Imam Hasan, he reached the rank of Imam and became the head of the Imamate. His Lordship was tormented by the existence of the despotic regime of Mu'awiya, but while Mu'awiya was alive, he could not do anything. Just as Imam Hasan, for the sake of the higher interests of Islam, by the will of the Lord, with some conditions, agreed to a truce with Muawiya and saw the benefit of Islam in stopping the war with Muawiya, his brother Imam Hussein (DBM) for ten years while he was alive Muawiya considered the will of God it is expedient to refrain from revolting against Mu'awiyah.

But as soon as Muawiyah died, Yazid declared himself the caliph of the Muslims and, in order to strengthen his position, demanded that all noble personalities, including Imam Hussein, take an oath of allegiance. From the very first hours, His Lordship said that when people like Yazid, addicted to drinking, gambling and debauchery, and even outwardly not observing Islamic laws, want to take Islamic power into their hands, then the cause of Islam should be considered finished, because he wants to destroy Islam and therefore did not agree to swear allegiance to Yazid and did not recognize the power of Yazid. By the will of God, and for the sake of preserving the interests of Islam, he was ready to make any self-sacrifice, but not recognize the power of Yazid.

That is why, when in the sixtieth year of the Hijra (Muslim reckoning from the time of the historical migration of the prophet from Mecca to Medina - lane) the population of Kufa invited him to visit their city, he went towards Iraq and from the very beginning of his movement until the day of martyrdom in his sayings made it clear to companions and Muslims that my goal from this uprising is the commandment and abstinence from evil and protest against oppression and non-recognition of the power of violence and oppression, as well as expressing support for the Koran, Islam and the prophet of Islam. Finally, as a result of this endurance and steadfastness, he, his children and young men from the Bani Hashim clan, who were with him and accompanied him to Karbala, were martyred by the Omavids and followers of Yazid. Some of his family members were captured and the world of that time, and today's world has understood that in the name of the highest divine goal, self-sacrifice is necessary. By their act, like a bright sun in the firmament of Islam, they forever left their names in history.

One Lesson from Hussein's Teachings

From the very time that Hussein was martyred for his faith, his admirers and adherents have annually organized and continue to organize ceremonies to honor the memory of him, and therefore, having been honored to visit the mausoleum of his lordship, they renew their memory of Karbala.

Our immaculate leaders have always made efforts to preserve the memory of Karbala forever and have repeatedly held meetings in memory of that tragedy and spoke about the benefits of mourning and mourning Imam Hussein.

Yes, mourning and mourning for Imam Hussein and the history of the event of Karbala has many very valuable benefits. At the same time, it should be remembered that holding ceremonies of mourning and mourning for Imam Hussein and retelling the events of Karbala means that these ceremonies should be lessons from the teachings of piety and selflessness for faith, a lesson in love of freedom and struggle for honor in the true sense of the word, a lesson in supporting the Koran and sacred laws of the Qur'an, and not just aimless mourning. Yes, the true purpose of mourning is to preserve the ever-living memory of the Imam.

Part of one prayer of Imam Hussain

"O Lord, I confess Your oneness and count Your blessings, although I know that they cannot be enumerated, for I know that You have given me countless blessings.

Your blessings have been with me since I was created by You. From the very beginning, You kept me away from poverty, ignorance, torment, suffering and hardship and created for me all the conditions of prosperity. O best of those. who is asked for help and the dearest of those who are asked for forgiveness.

O one who knows about closed eyes and secret glances, O one from whom spiritual secrets cannot be hidden, O sweetest of the sweetest, welcome Muhammad and his family. Oh my God. I am worthy of baseness, and You can only forgive and be merciful."

This was part of Imam Hussein's prayer. which he recited in tears on the day of Arafah in the desert of Arafat, thereby taught the peoples of the world a lesson in dignity and love for God.