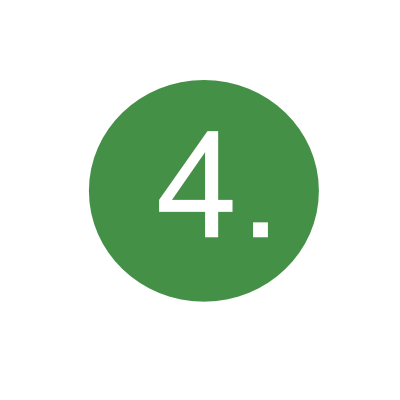 The second imam and the fourth immaculate - Imam Hasan

In the middle of the blessed month of Ramadan, Imam Hassan Mujtaba was born to her ladyship Fatima Zahra. He was the first son in the family of the successor of the prophet of the Lord, and when the messenger of the Lord received the news of his birth, he went to the house of Ali and Fatima, pressed the newborn to his chest and whispered the call to prayer (azan - lane) into his right ear, and into his left ear - the prayer itself and by the decree of the Lord called the boy Hassan. One of his lordship's famous nicknames was Mujtaba.

Imam Hassan grew up in the family of such a father as Ali and such a mother as Fatima, and from infancy, the traits of a great man appeared in him. The great prophet loved him very much and said about him: "Lord, you know that I love Hasan and love the one who loves him", and also "Hasan and Hussein are two imams and two leaders of Muslims, whether they rise or not", then there will be silence for the sake of the interests of Islam and Muslims, or they will take power into their own hands.

As a child, he and his brother Hussein once saw an old man who was doing the wrong wozu (ritual ablution before praying - trans.). They wanted to point out his mistake to him, but at the same time, due to his old age, they did not want to make it very obvious. They approached the old man and said: -O old man, we want to perform ablution and you judge who is better at making a cart.

Imam Mujtaba spent seven years of his childhood with the great prophet and thirty years with the emir of the faithful Ali, and at the age of thirty-seven he reached the imam and after ten full years of incidents at the age of forty-seven he was poisoned and martyred for his faith and buried in Medina at the Baki cemetery.

Some of His Lordship's Sayings

Everyone who goes to the mosque will receive one of the following benefits:

1- comprehend the paramount principles of religion and get acquainted with Islamic enlightenment;

2- he will hear speeches that will direct him to the path of righteousness and will not allow deviations;

3- in fear of the Lord or out of shame before the people, he will refuse to commit sins;

4- will find a useful friend (sincere and righteous friend);

5- will gain the mercy of the Lord.

After the martyrdom for the faith of the Emir of the Faithful, the Iraqi Shiites and forty thousand soldiers of Ali, who gathered in a place called Nahalie, expressed their support to Imam Mujtab and after the ceremony of the oath of allegiance, his lordship in the Kufi mosque delivered a very important speech in front of a large audience of listeners and warned people from deviations from the righteous path and the possibility of victory in this case, devil-like and despicable people.

Then he announced his readiness to fight with Muawiyah and asked all the commanders to prepare the troops for the march towards Sham, and he himself in Kufa began to prepare the prerequisites for the battle.

This news reached Muawiyah and he realized that Imam Mujtaba intended to continue the course of his father. Muawiyah, incomparable in all sorts of intrigues, intrigues and starting various diabolical plans, began to start sabotage plans, as a result of which, under various pretexts, he was able to attract a group of adherents of Imam Hasan to his side and create a split in the ranks of the troops of his lordship. As a result of intrigues, bribes and promises of major posts, it came to the point that a group of enemies of the imam and renegades, mired in worldly pleasures, which, unfortunately, there were more than enough in the army of his lordship, wrote a letter to Muawiyah, in which she invited him to come to Iraq and transfer to. his order bound hand and foot Imam Hassan bin Ali. At the same time, Imam Mujtaba did not give up his idea and in one of his speeches he said: "Muawiya with a group from the population of Sham is moving towards Kufa and you need to prepare for battle" and then ordered the execution of the spy sent by Muawiya. In his letter to the governor of Basra, Ibn Abbas, he demanded that the same be done with the spy Muawiya, who was sent to that city.

At first, the people did not respond to the call of Imam Hassan, but as a result of the encouragement of one of the sahab (companion, adherent and colleague - lane) of his lordship, they promised to support him. Despite this, when his lordship went towards Nakhlie, he noticed that most of the persons who swore allegiance to him left him and fled.

In addition, some commanders of the army of Imam Mujtab, having received huge bribes, refused to serve the imam and, on the border with Sham, with a large number of soldiers, joined the army of Muawiya and, as a result, disorganized the army to such an extent and created such a depressive state that everyone judged as he likes. Things got to the point that the enemies, taking advantage of the situation, began an open hostility with the imam himself, plundered his tent and inflicted a severe wound on his leg. This was a brief description of the state of those days of Imam Hasan. In this state, Mu'awiya raised the issue of a truce.

Imam Mujtaba understood that if he did not agree to a truce, then he and his faithful companions would be killed and after their death Muawiya would claim that, they say, we offered him a truce, but he refused, and as a result it would turn out that there would be blood his lordship will be shed, and the results for Islam and Muslims will not be achieved.

Awareness of duty is more important than its fulfillment

Sometimes a man's duty requires him to sit humbly for a short time and, as the sages have said, sometimes retreat is the greatest advance, in other words, sometimes a truce can become the most serious struggle. If Imam Mujtaba were under the influence of the sensuality of some of his associates, he would contribute to the death of his and his associates and would not achieve any result. He fully realized that the interests and benefits of Islam and Muslims in the current conditions in a truce, but only so that this truce meets all the interests of Muslims and introduces the true essence of Muawiyah to the world of Islam.

In principle, one of the mistakes of a number of societies is that they want to solve their problems through war, and some vice versa - through softness and a truce. A really thinking person should take into account his own interests and take measures accordingly. Sometimes interests require the acceptance of my military, and sometimes a truce. If Islam has laws related to holy war for the faith, then there are laws that provide for a truce as a solution to the problem. If the great prophet under Badr and Ahzab went to military measures. then under Khodeybiye, with the same enemies, he agreed to a truce and signed the truce known in history Khodeybiye.

That is why Imam Mujtaba, by decree of the Lord, in accordance with the peace agreement, agreed to a truce with Muawiya, which included several points. From the content of the agreement, it was clear that Imam Hassan was very attentive in its preparation and most of all saw the interests of the Islamic ummah. The fact that Muawiya did not fulfill the clauses of the peace agreement showed people only its true essence. People realized that Muawiya cannot be an Islamic leader and came to power only for the sake of power and committing crimes.

Text of the peace agreement

1- Muawiya should act in accordance with the Book of the Lord and the traditions of the Prophet;

2- Muawiyah must refrain from swearing and insulting Ali and must dispose of his subordinates so that they do not swear at his lordship;

3- Do not appoint any successor and heir after him;

4- The Imam should not call Mu'awiya "Emir of the Faithful";

5- Muawiyah must stop the torment of the sons of Imam Ali and their friends, so that they can live in peace like everyone else;

6- Part of the revenues of the state should be placed at the disposal of Imam Hassan so that his lordship can distribute it among the families who lost their head in the battles of Jamal and Siffain, and pay the debts received for the satisfaction of the interests of the people.